Today is November 27th, 2021. I’ve thought about this date for the past two months but never really knew what exactly I wanted to do. Part of me had decided on writing a letter detailing the impacts made over the past 9 years. Another part of me wanted to take the chance to show what was missed over that time. But I could never settle.

How about both? That sounds better.

Anyone who has read the About page on this site knows why I started this website. Those who follow my music and have listened to the 11th album from the 12 that I released during 2020 know how I truly feel about Amanda. Though she’s someone I never met, she is someone who has affected my life in ways she can never know.

I’m someone who, like many others, have had to face bullying. I don’t mean criticism, which many people these days consider to be bullying. I mean actual bullying. The kind where people literally push you around, tear up your stuff, and ridicule you in front of others for their own enjoyment.

This happened during various moments of my life, but mostly in middle school and high school. I didn’t really do anything to stop it either. A couple of times, I sort of freaked out and yelled at the person, but that didn’t really stop anything. It probably didn’t help that tears would quickly come pouring out of my eyes like someone turned on a faucet. I was a very weak-willed person who didn’t stand up for myself and was often taken advantage of. Harassment is common for people like that, and emotional issues tend to follow.

Following an earth-shattering bout of heartache, my life took a darker turn. After that, I looked at myself for many years as someone who would always be unwanted, unlovable, and totally meaningless. I saw no future for myself while those around me were pursuing their own. At this point, self-loathing and depression were on autopilot in my brain, and there didn’t seem to be a way to stop it.

But, if you’ve read posts on this site, you know that I turned things around, mainly through music. You know that I found a way to dig out of the mountain of shit I had found myself in. But what you may not know is that a lot of those same feelings were still there. They never really went away. I was just able to stop paying attention to them for a while. That’s why some of my songs continued to include references to me checking out. It wasn’t just something I put in music to make the song sound good.

Up to October 12th, 2012, I had a particular view of suicide. I didn’t think it was wrong to do, and I couldn’t get behind the idea of it being selfish for someone to kill themselves. At the time, I felt like it was more selfish to force someone to live through pain that is destroying them day after day.

Then October 13th came. That was the day I first heard the name Amanda Todd. That week, the whole world heard that name for the first time, and we had our eyelids ripped off by a 15-year-old girl. We had to see the horrific results of what bullying can bring. That was the day my view of suicide changed.

That was the day I got very, very, fucking angry.

I was deep into working on a massive album called Deconstruction. On October 13th, I stopped everything I was doing, sat down, and wrote a song titled “For Amanda.” I was so angry at what had happened to her that I exploded all over the instrumental. I hated what had happened to her. I was so damn tired of seeing news reports of kids killing themselves after being bullied, often with no one being held accountable.

And Amanda’s story made me snap.

During the recording, I said something that ended up forming the mantra for my life. It has become the basis of who I am and is part of the foundation of YouHaveAFuture.

This is your life. Do not let them take it from you!

Those 12 words became very important to me. They helped change the course of my life and the way that I thought. My opinion on suicide was heavily affected. Where I often fell to the blanket idea of “it’s your life, do what you want with it,” I could no longer see it that way. Instead, I demanded that these kids fight back against the assholes who were making them turn to suicide. I knew that their lives were worth fighting for, no matter what any stupid useless sack of shit told them.

Over the next 8 years, I would slowly but eventually make it to where I found myself in late 2020. I don’t know why I started working on Hurt, and honestly, I no longer care. I’m glad I switched paths and put that album together. And I stand behind the things I said in those lyrics, and on those very long, entirely off the top of my head non-music tracks.

But I wish to God that I never had a reason to make that album.

Amanda, if I could change the past, I would. I would do everything I could to help you get through the fog of shit you were stuck within. I would show you how I made it out by using music and how you could do the same. The fact is, you were a million times more talented than I will ever be, and I wish you were here today using that amazing voice to break through the pain.

As I said, today is November 27th, 2021. This day is significant, and though I could not really decide what to write until I started this an hour or so ago, I did do something else.

Below is a song I wrote and recorded called Impact. I put three other projects on pause to make this because, well, today is important.

Today is your 25th birthday.

As I mention in the song, there are many of us who believe in your dream of helping kids. We are trying, in one way or another. So please, rest easy. As much as we wish you could be here, I don’t believe any of us are angry with you for leaving.

We all love you. 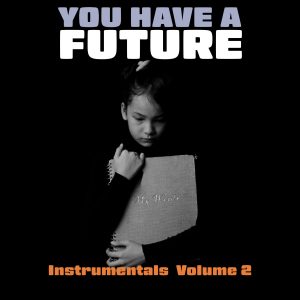