1000 Words to My Younger, Depressed Self

You know what else? You’re married. You even have kids. Yes, some woman actually let you have sex with her. I know, an even bigger shocker. But here’s the kicker: it wasn’t Quin. No, you’re definitely over her now—way over her. So much so, that the two of you are actually friends again, and you didn’t have a massive panic attack like that one time you saw her at the mall.

Between the time you’re reading this, and now, a lot has happened. Some good, some better than great, and some not so wonderful. The fact is, you’ve had a lot of struggling in your life. You’ve had some pretty hard times that really hurt, felt deeper than you ever thought was possible. But in the end, it made you into the person you are today. Would you like to know who you became? Well, shut up, I’m going to tell you anyway.

You are a skilled web developer. Do you remember that PHP program you used to learn coding from, b2/Cafelog? Yeah, some guy named Matt forked it and created a thing called WordPress. Lots of people started using it, and now it powers almost 40% of the Internet. You develop websites with it and software for it. You began specializing in it several years ago, and those skills helped you get some pretty good jobs, including the one you have now.

You also learned sock trading from a guy named Joe. He taught you how to identify trends, and where to expect moves on daily charts. More than that, he taught you discipline, and not to trade more than you were willing to lose. As he said, it’s about preserving capital. Unfortunately, Joe is gone now, but his memory lives on in the skills he taught you and countless others. It’s a skill that has repeatedly helped you pay the bills.

You were married for 12 years before you got divorced. That wasn’t the most fun time. It caused a lot of needless stress. You tried to keep things together for the sake of your children, but in the end, it was evident that breaking things off was better for you and them. They live with you, and your new wife, because you both provide a stable, caring, nurturing environment that teaches them the value of work, thinking for yourself, and education.

Speaking of education, you have a degree in Network Security. Yeah, you went back to school and got a degree. You’re several thousand dollars in debt, but at least you have a piece of paper that says you can do the stuff you already knew how to do. Yeah, that may not have been the best decision, but it has helped you with salary negotiation.

You aren’t super-wealthy, but you do have your own house and a brand new car. No, it’s not a Chevy Blazer with hydraulics. It’s a Hyundai Santa Fe. It’s safe and reliable, which is what you wanted for your kids and why you chose that particular vehicle.

Here’s another fun fact: you have 20 albums to your name. Yeah, that music you’ve been making, you still do it. You have a catalog of well over 400 tracks. Not only that, but you have more coming. Right now, you’re working on one called Home. You’re also working on another called “You Have a Future: An Open Collaboration Album.” It’s made to help others like you, who feel as you do. And that brings me to something I really need to say to you.

The way you’re feeling, how you’re thinking of getting rid of yourself, it’s not necessary. You see, right now, you can’t see the whole picture. I know you feel like things won’t get any better, and that you’re doomed to be a suffering pit of loneliness for the rest of time, but it’s just not true. This is a brief moment in what will become a long, complicated life, full of many ups and downs. I guarantee you, the ups will far exceed the downs. I wish I could go back and help guide you through the crap that you’re going to face, but the truth is, you don’t need me to. You’re going to do it, and you will at times feel utterly depressed.

But you’ll make it. I know you will. There have been others who you’ve known over the years that didn’t. Some were friends that, unfortunately, were unable to get beyond the demons in their heads and hearts. I know you feel that way yourself, but you have to keep going.

If you do not, you will never understand how great you will become.

So listen to what I’m saying. These words are important:

You are better than anyone has ever thought you were, including you.

The things in your life that are bothering you now will be nothing to you in the future. In fact, you’ll look back and cringe at some of the things you said and did. But that’s a good thing because it means that what you think is the end, what you think is all you’ll become, is not.

And one more thing. This thought of knocking yourself off, stop it. I know you think that it’s the best way to deal with your problems, but it isn’t. Lean into the music you make, the art you create, and the writing you’ve pursued. It will be there to save you when no one else can. I know, because it did.

So stop dwelling on the past, work hard to improve your present, and look forward.

Because the truth is, you have a future.

PS. If my past self does read this, do me a favor: Watch a lot of Youtube in 2012, and find Amanda Todd. She needs you. 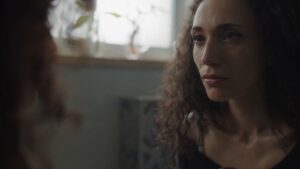